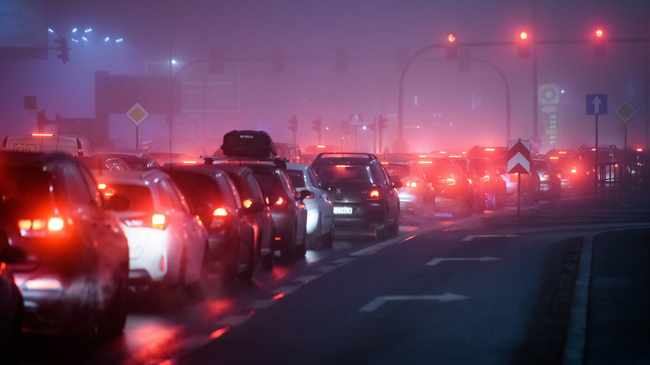 Durban – Durban has been named as one of the most dangerous cities in the world in which to live.

It is one of six South African cities ranked among a global top 20 of the most dangerous cities.

While Caracas in Venezuela takes the top spot as the most dangerous city in the world, followed by Port Moresby in New Guinea, The Crime Index by City 2021 survey carried out by statistics website, Numbeo.com, places Pretoria in third place, followed by Durban in fourth place, Johannesburg in fifth place, Pietermaritzburg in seventh place with Port Elizabeth taking up the 14th ranking and the 19th city being Cape Town.

Other cities perceived to be dangerous, such as Damascus in Syria, were placed at 31, Baghdad in Iraq took 55th place and Bogota in Colombia 58th place.

On the other side of the scale, Abu Dhabi was ranked as the safest city in the world, while Dubai and Sharjah, also in the United Arab Emirates, were placed in the top ten, along with Doha in Qatar, Geneva in Switzerland, Taipei in Taiwan and Quebec City, Canada.

Numbeo, which carries out surveys on quality of life, cost of living, crime indexes and property costs around the world, said the survey Crime Index By City 2021 was a perception index based on respondents’ feelings rather than on crime statistics.

It said questions for the surveys were similar to many scientific and government surveys and that they were filtered to eliminate potential spam. It added the survey “is a snapshot of the current indices at a specific point in time”.

“To generate a current index, we use data up to 36 months old. We only include cities for which there are at least a certain number of contributions. Crime Index is an estimation of overall level of crime in a given city or country.

Bianca de Beer from DialDirect, which released the global survey, said their own research into crime trends during lockdown level three indicated that some criminals took advantage of the 9pm curfew to increase their activities.

De Beer said their research showed an increase in cars being stolen in the evening from 4pm until 5am the next morning, while home burglaries and robberies which pre-lockdown typically took place between 9pm to 5am, shifted to between 4pm and 9pm this year.

“Authorities keep reminding us that Covid-19 is not on holiday. This research tells us that criminals are not on holiday either. People need to remain vigilant and take all safety precautions to avoid becoming a crime statistic,” said De Beer.

As an example of the level of brazen crime taking place in SA, managing director of advanced driving training company MasterDrive, Eugene Herbert, highlighted a video clip doing the rounds on social media, which shows a new hijacking technique where hijackers target the victim on an off-ramp by blocking her from the front.

“The driver was blocked in by the hijacker’s car which preceded her and soon by the traffic behind her.

“A key way to prevent yourself from being in this position is to ensure you keep at least three metres between yourself and the car in front of you when stationary. Admittedly, in the video clip, it would have been difficult to move around the hijackers as their position appears to be carefully chosen, but in many instances, it could give you the space to move quickly and safely.

“Quickly moving around a car that unexpectedly stops in front of you can make all the difference. When driving, accept that someone stopping suddenly in this manner may be a threat and that your best response is to immediately move around the obstacle. Prepare and practice for such a situation, so your response is immediate,” said Herbert.

Meanwhile, Tracker’s vehicle crime statistics for July to December 2020 showed a 13% decrease in the number of vehicle crime activities reported nationally, although it highlighted that hijacking “remains prevalent”. Tracker has 1.1 million vehicles on its base with their figures showing car theft decreased by 21%, but hijacking only by 5% during the period, with hijacking accounting for more crimes than theft of motor vehicles.

Tracker’s data also indicated that an opportunistic element could be at play, with a noticeable increase in vehicles being targeted for their loads, particularly fast moving consumable goods, while drivers carrying large amounts of cash were also being targeted.

Most vehicles were reported as hijacked or stolen towards the end of the week, with most hijackings being reported between 4pm and 8pm.

Theft of motor vehicles happened from Wednesday through to Saturday between 11am and 3pm.

Tracker’s executive of operational services, Ron Knott-Craig, said the 13% decrease in vehicle crime could be attributed to fewer vehicles being on the road because of Covid-19 restrictions when compared with the previous year.

“It’s important that we don’t become complacent. While driving, be vigilant about your surroundings. Be alert and on the look-out for suspicious persons and vehicles, and avoid distractions, such as talking on your phone,” he said.