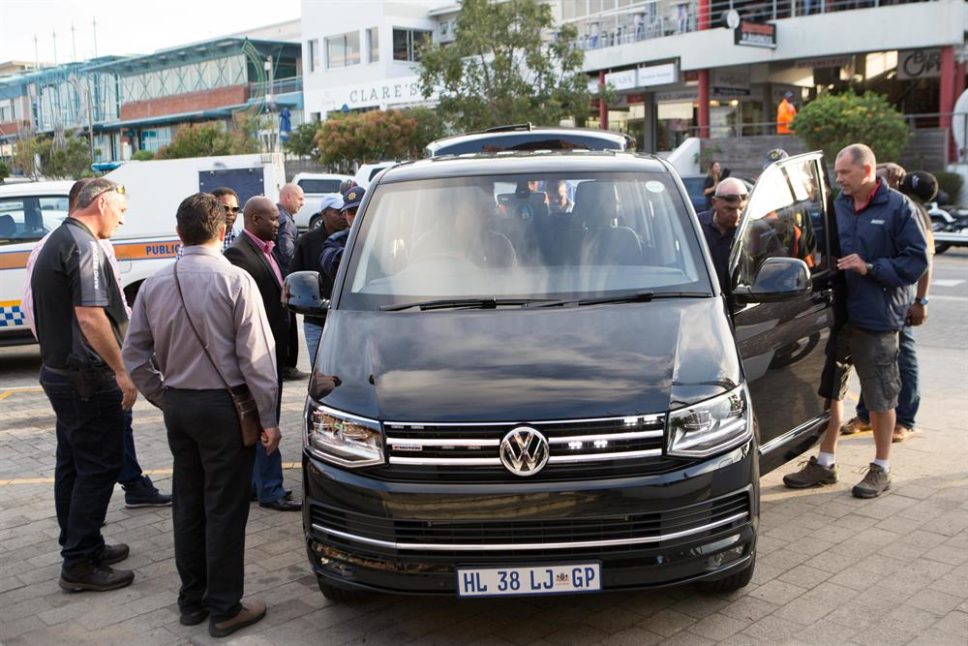 It’s hugely rewarding to both deal with the people that we do, and know that our armoured vehicles are being utilized in vital projects such as this.

PLETTENBERG BAY NEWS – Plettenberg Bay criminals have another reason to be shaking in their boots – a R1.4-million, four-wheeled, bulletproof reason.

A local businessman, who wanted to remain anonymous, donated a R1.4-million armoured vehicle to the Plettenberg Bay Crime Prevention Association (PBCPA) – which consists of local police, Bitou municipal law enforcement, private security companies and other organisations – to assist in their crime prevention efforts.

The vehicle, a 2.4L Volkswagen Caravelle 4Motion, is completely bulletproof and fitted with state-of-the-art equipment including thermal cameras and two-way radios.

“During serious incidents, including farm attacks and riots, the police public order squads are deployed. This highly trained specialised team is stationed in George and it takes them an hour or more to get to Plett,” Richardson said.

He added that a farm attack in Wittedrift last year highlighted the need for a local, trained response team, and during the recent riots, the response team played an instrumental role in dealing with criminal activity as a result of the action. “Volunteers have been using their own private vehicles when they respond and assist at an enormous cost to themselves. We were all elated when Plett Security broke the news that they have received an armoured vehicle from an anonymous donor for the specific use of the Plett rapid response unit.”

PBCPA operations head Otto Olivier said never in his wildest dreams had he imagined the donation would involve a fully kitted out armoured vehicle. “Out of the blue someone contacted me, commenting on the good work we have been doing. He indicated that he wanted to donate a vehicle to help us in our efforts.”

Richardson said with the relatively low crime levels in Plettenberg Bay one would be “tempted to think that the existence of a trained response team and an armoured vehicle is overkill”.

“But in the fight against crime, one constantly needs to be ahead in the game. It is folly to simply respond to the latest criminal activities. We as the PBCPA is set on being ahead in the game and suitably equipped to respond to any crime whether we have historical records of those crimes or not,” he said.

The vehicle’s maintenance and insurance costs will be carried by PBCPA member Plett Security.