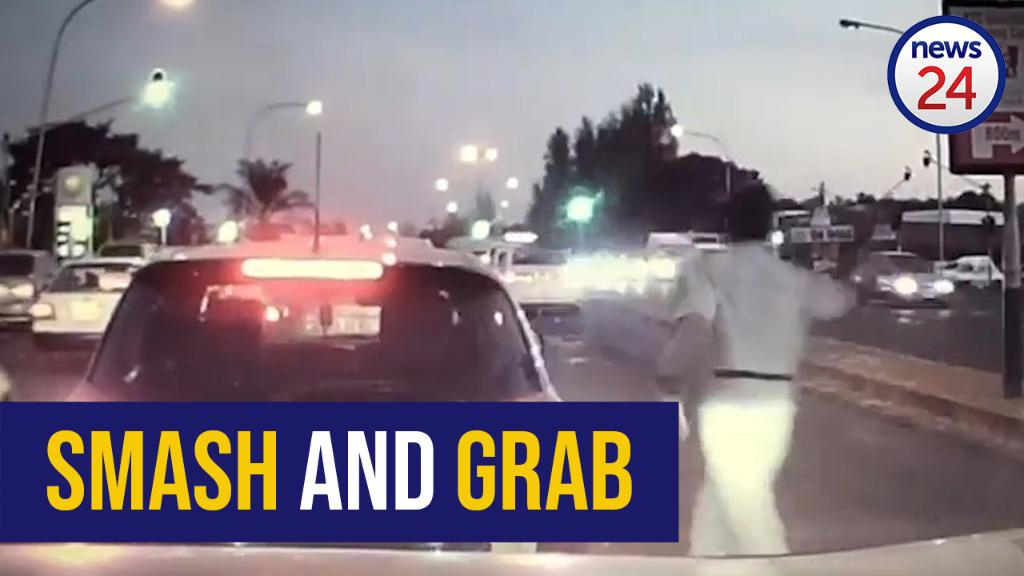 It took a bold thief mere seconds to steal a woman’s phone from her car in a smash-and-grab incident. Booysens police spokesperson Captain Lorraine van Emmerik told News24 that the incident happened at the Kliprivier Drive intersection on Monday at about 17:15.

Video footage shows a man casually walking up to the car, before throwing an unknown object at the vehicle.

He gains entry to the vehicle through the window, and seconds later emerges with the woman’s phone. The driver of the car reverses as the thief walks away. Van Emmerik said a case had been opened at the Booysens police station. “No one has been apprehended yet,” she said.