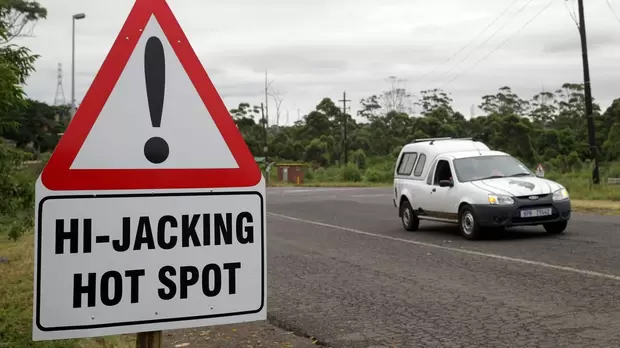 Convicted hijacker gives insights into how they operate

Johannesburg – According to Statistics South Africa’s recent Victims of Crime Survey, in just one year a total of 34 880 hijackings took place in South Africa. That’s one hijacking every 15 minutes.

“While some hijackings are meticulously planned, others are opportunistic, with hijackers taking advantage of being at the right place at the right time,” says Maanda Tshifularo, head of Dialdirect Insurance.

Jason Mordecai, managing director of 7Arrows Security, adds that hijackings at residences and public hot spots have increased over the past three years, with hijacking syndicates operating as well orchestrated businesses, employing individuals who are incentivised to deliver certain car makes and models on demand.

Mordecai expounds that while there will always be certain car brands that are targeted by hijackers on an ongoing basis, the reality is that all makes and models are at risk.

A convicted (and now reformed) hijacker, “Bra T”, was recently interviewed by Yusuf Abramjee on Crime Watch on eNCA. “During the interview, Bra T shared some interesting information on how hijackers operate and how they identify their targets,” Abramjee says.

If you missed the interview, here’s a snapshot of the situation when it comes to incidents in South Africa, according to a former hijacker:

How many cars do hijackers typically steal?
A team of four hijackers will take 30 to 40 cars per month, and could get as many as five or six cars per day.

Where and how do hijackers strike?
In public spaces, hijackers will follow a target at a distance, later moving closer and striking at a traffic light. They often use a strategy of bumping into their victim and making them think that it is an accident to get them to exit their car. Driveways are also a prime hijacking hot spot, where hijackers typically box in a victim before the access gate is completely open.

How are targets selected?
Hijackers operate according to their “clients” shopping list, which specifies exactly what make and model of car they need, how many they need and when they need it by. When it comes to identifying areas and victims, hijackers will target areas where there’s a higher chance of getting the specific car that they need, without presenting too much risk to themselves. People on their way back from shopping malls make for ideal targets, as they usually carry cash or bank cards that could be an added “bonus”.

HOW TO STAY SAFE
Tshifularo emphasises the importance of being aware and looking out for anything that seems suspicious. “Always be aware. The highest danger period is when you are arriving to a destination.

“Remain vigilant while filling up with fuel. Keep doors locked and windows closed, and only open the window when it is time to pay. Keep an eye out for movement, especially in your car’s blind-spot,” he notes.

“In the worst-case scenario, if you are confronted by a hijacker, try to remain calm and do not argue,” Tshifularo adds.

“If you’re asked to get out of the car, use the hand closest to the seat belt to unclip it, and don’t make any sudden gestures. Avoid eye contact, comply with the hijacker’s requests and don’t be a hero.”