Driving without fear in bulletproof cars

It’s hard to believe there is glass capable of stopping such a bullet, until you see the array of shot-up car windows displayed in the entrance hall of Armormax which did just that. Some of the windows were used for demonstrations while others saved lives in actual hijacking attempts.

One of the “demo” windows had been shot so many times the cracked glass resembled a snowy winter scene.

“We kept shooting at it to see how much it could take, and eventually we got penetration after about the 90th shot,” says Grant Anderson, MD of Armormax.

Driving without fear is what he’s selling.

The ballistic glass and body armour of the high-grade “B6” protection will stop high-powered rifle bullets, while the “B4” package will provide protection from hand guns up to a .44 Magnum.

It’s about saving lives, and Anderson is so confident in his product that he has sat inside his bulletproofed cars while they were being shot at. See the YouTube video here:

The vehicle bulletproofing business in Northriding, Johannesburg armours about 60 to 70 cars a year for politicians, entrepreneurs, and other wealthy clients seeking protection on SA’s crime-ravaged roads.

“We have a number of corporate clients, including expats working in SA who have security teams. But our client base includes people with successful businesses across the spectrum. It’s demographically diverse and we have many women as clients too.” 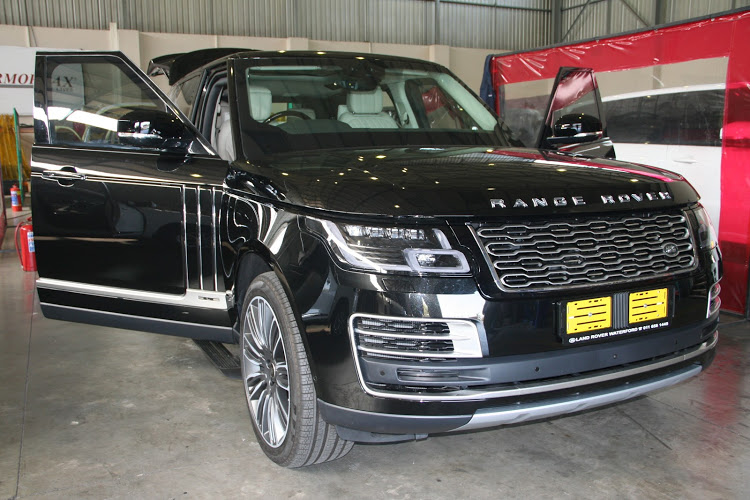 He stays away from gangsters, even it it might be easy business, and says he’s walked away from some deals involving people who have attracted negative media attention.

Many South Africans live in crime-resistant secure estates and road closures, and armoured cars are mobile extensions of those “safety islands”.

Apart from the glass, all doors and rear seats of the bulletproofed vehicles are armoured (B4), while the more extensive B6 protection also includes the floor, roof, pillar posts and engine firewall. The B6 package includes an intercom system with an external microphone.

The cars are largely unchanged on the inside and outside, and there’s little to tell them apart from normal vehicles.

“The key is to make it low-key, making the vehicle look as original as possible but it must stop a bullet,” says Anderson.

The composite ballistic materials Armormax uses are much lighter than traditional steel armour, and doesn’t affect the vehicle’s performance and handling as much.

The company’s B6 package adds about 600kg to the weight of a Range Rover, compared to about 2,000kg for steel armouring.

The B4 protection adds about 180kg which makes it suitable even for regular cars, and the smallest car the company has converted is a VW Golf.

Cars generally don’t require upgraded brakes or suspension, says Anderson, although this is available as an option on client request.

Runflat tyres are also part of the protection package if not already fitted to the standard car. Other optional extras include a fire suppression system. 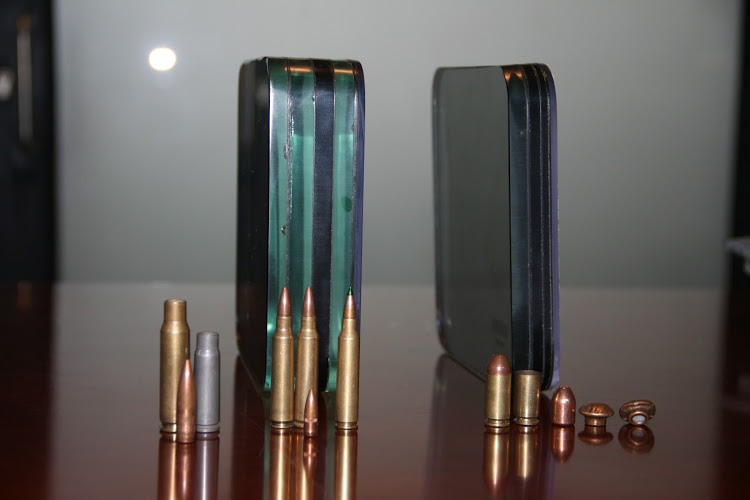 The extra-thick B6 glass (left) protects against rifles and the B4 glass (right) is effective against handguns.
Image: Denis Droppa

A B6 package costs about R1.6m and a B4 package is about R700,000 — irrespective of car. That’s expensive, but still about half the price of factory-built armoured cars from Mercedes-Benz, BMW and Land Rover, says Anderson.

Vehicles that are most commonly bulletproofed are large luxury SUVs such as  Range Rovers, Toyota Land Cruisers, BMW X5s and X7s, and Bentley Bentaygas, along with some double cab bakkies.

Armormax’s conversions have the support of most car manufacturers — with the exception of Mercedes-Benz — and warranties are managed by exception, in that where brake pads wear out faster due to the extra weight of the armouring, for instance, those won’t be covered by the factory warranty.

Anderson says he’s worried about SA’s crime rate, and anecdotally he’s seeing a hugespike in crime. Criminals are very well resourced and trained, and crime is generally violent, he says.

His view is that for those who can afford the protection, what price does one put on driving without fear?

Over the 12 years the company has been in business, about 20 Armormax-converted cars have saved lives in attempted hijackings.