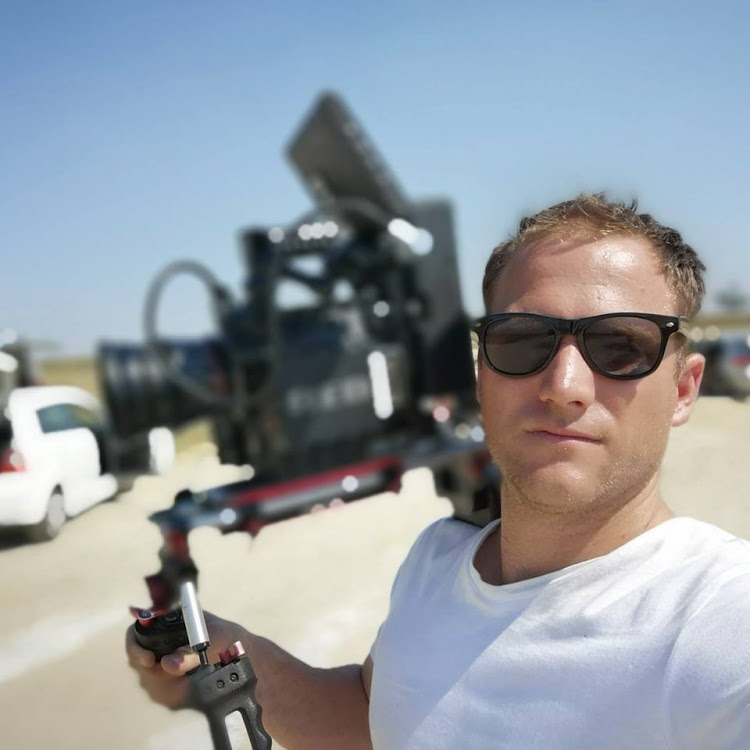 ‘Grateful to be with my family’

Not many people survive a hail of bullets and Daryl Kotze knows he is lucky to be alive after he came under heavy fire while driving on the N3 Durban-bound before the Felix Dlamini (Brickfield) Road off-ramp last month.

The Pietermaritzburg-born filmmaker — who is well-known for shooting music videos of South Africa’s biggest hip hop stars — spoke to The Witness telephonically on Wednesday about his ordeal in which he was shot three times.

The father of two is back at his Berea, Durban, home after spending two weeks in hospital.

He was returning home from King Shaka International Airport after a flight from Johannesburg when he was ambushed by unknown gunmen.

He had been filming a music video for South African RnB singer Donald Moatshe, better known as DonaldInDenial.

Kotze (32) was shot three times under the arm and in the upper and lower leg.

His Toyota Fortuner, which was riddled with bullets, bore silent witness to the brazen shooting in the middle of the busy freeway.

“I’m still in pain but I’m grateful to be back at home with my family again,” Kotze told The Witness on Wednesday.

“Several bullets went through my son’s car seat. If I was driving home from dinner with family, it would have been a completely different story.

“I’ve still got issues with my lungs. I have multiple pieces of shrapnel and the doctor said that I will be coughing up blood for six to eight weeks.

“A whole area of my chest is numb, and the doctor said this is due to nerve damage and it may never come right but I will learn to live with that,” said Kotze, who is still bed-ridden.

Speculation has swirled around a possible motive with some calling it a botched hijacking, while others suggested that the shooting was a result of mistaken identity. Police investigators are still trying to piece together the motive.

Kotze said on Wednesday his last memory from that night was catching an Uber to the airport and the long wait for his flight.

“My next memories after that are not clear. I don’t know whether the impact from the crash coupled with my head trauma is refusing [to allow] my body to remember anything.

“But I’m not even focusing on that … I can’t believe how lucky I’ve been,” he said.

He said approximately 20 bullets struck his vehicle. The driver’s side door and panels were pumped full of bullet holes.

“The bullet in my lower leg didn’t break my femur, it only broke the bone behind it and then it came out between my ankle and heel.”

Kotze said the bullet in his upper leg got lodged just before the hip, while the bullet that came through under his arm and went through one lung had exited next to the spine but didn’t damage it.

“The doctor said it was a few centimetres away from my spine. Even the exit wound is not that big and will only take about a month to close up,” he said.

“I can’t for the life of me figure out why it [the shooting] happened,” he added.