Motorists who do not want to fall victim to hijackings in South Africa have the option to add bulletproof protection to their vehicles, provided they can afford to pay over half a million rand.

One of the major companies that modify vehicles with armour for this purpose is Johannesburg-based Armormax, which has been in operation since 2008.

MyBroadband recently visited the company’s workshop and spoke to Managing Director Grant Anderson to learn more about the bullet-proofing process.

Anderson drew from his experience in the arms industry and previous roles in the luxury vehicles market to create the company.

Anderson told MyBroadband the company’s orders had trended upwards year-on-year in recent times, only slowing down during the COVID-19 lockdown due to the supply of armouring components.

However, the post-lockdown period has seen a steady increase in orders which Anderson said went hand-in-hand with trends observed by insurance companies that showed a big spike in crime, particularly a 20{9aacb466cdcc56602a74b44fb3da7ea4c4e07c9f7e80d6c5fd5e8cc4db5cbf19} jump in hijackings.

Anderson provided MyBroadband with an in-depth look at Armormax’s operations.

There are various global ballistics standards which indicate to what extent a piece of armour can provide protection against bullets.

Armormax categorises its protection levels according to the European standards.

The two specifications it offers is level B4 – for handguns up to the .44 Magnum – and level B6 – to defend against more serious firepower from high-powered rifles like the R5 and AK47.

“There are loads of stolen police and military assault rifles – either R4s or R5s – on the streets,” Anderson said.

In addition, AK47s are also being used by criminals in South Africa, he said.

Due to an easier manufacturing process, many of the rounds used in these weapons now come with steel cores as opposed to conventional lead cores, Anderson said.

As a result, Anderson’s team has had to develop an ultralight strike face to add to its standard level B6 body armour.

The table and image below show a breakdown of the types of ammunition that level B4 and B6 can defend against. 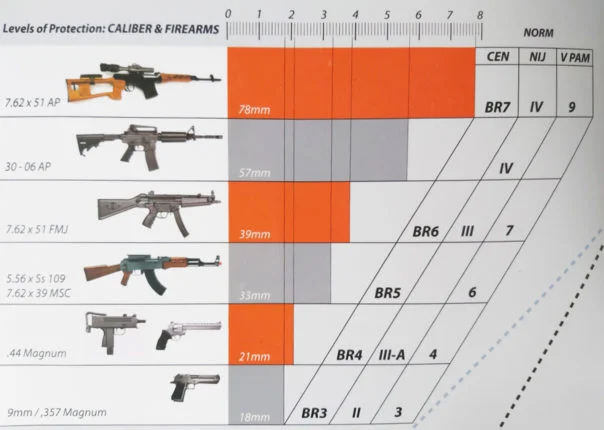 The bullet-proofing process is elaborate, Anderson explained, with work on level B6 protection requiring around 1,800 hours of labour – equating to around 55 days.

Level B4 modification takes around 20 days to complete.

Armormax’s prices are typically determined by the chosen protection level and not the make or model of the vehicle itself.

In special cases, however, such as with highly-expensive luxury vehicles which require special treatment and rare components, costs may have to be adjusted, Anderson explained.

The company’s armour levels are priced as follows:

Notably, Anderson said the blast and anti-spalling protection provided on the floor of level B6 vehicles is strong enough to protect occupants from a grenade explosion.

Both B4 and B6 include the option of adding fire suppression systems for the engine and passenger compartment, which are priced at R37,500 each.

Other extras for the two protection levels are outlined in the table below.

This armour contains multiple layers of leaded glass and sheets of polycarbonate.

This combination of materials is capable of absorbing and dispersing the energy of a colliding bullet, slowing it down in the process.

B4-level window armour measures 21mm thick, while B6 is around twice that at 40mm.

In numerous examples Anderson showed to MyBroadband, the inside of the glass was still smooth and safe to drag your hand across after the window had taken shots.

In one test of the B6-level transparent armour fitted to a windscreen, it took 90 shots from an AK47 before a bullet managed to penetrate the glass.

Below are images showing the differences between the B4 and B6 ballistic glass, as well as real-life examples of windows that suffered bullet impacts. 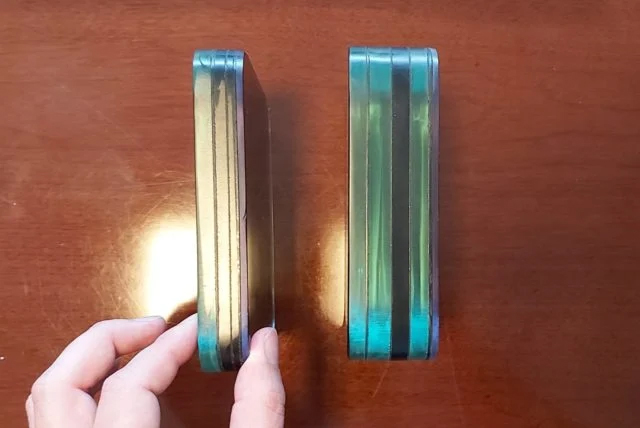 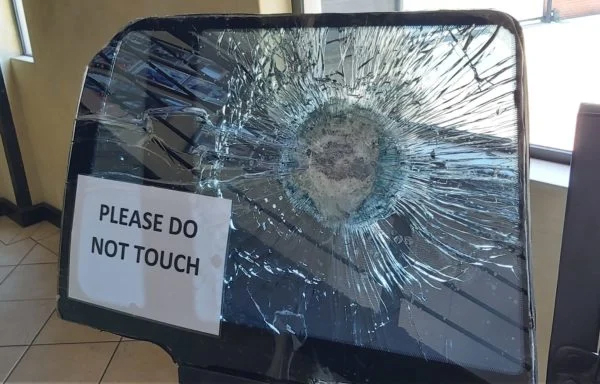 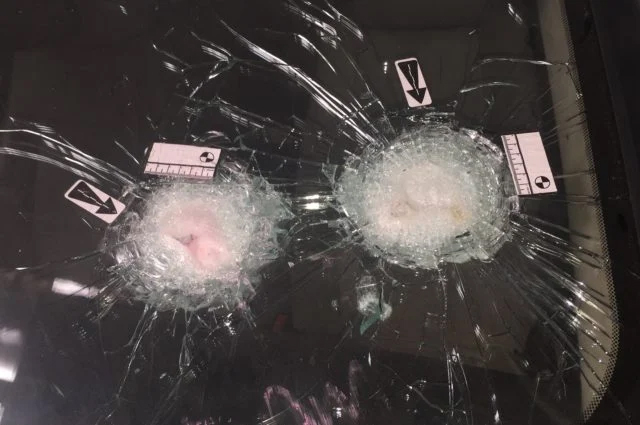 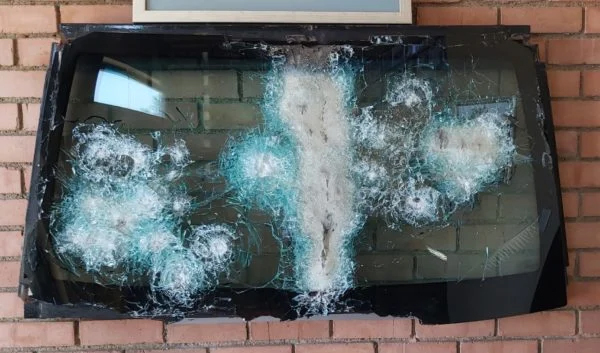 The B4 Level body armour adds around 180kg to the car’s weight, which is equal to carrying two full-grown adults.

For level B6 threats, the more conventional option in the market is ballistic steel, which could add over 2,000kg to the car’s weight.

Its B6-level material with added protection for steel core ammunition weighs around 550kg, or a third of the ballistic steel option, and is also more suited for moulding.

For the parts which still require steel, Armormax employs advanced steel which is only 4.5mm thick and can still stop all B6-level threats.

Below are images of samples of Armormax’s B4 and B6 armour which have been tested with the various calibres of ammunition.

Anderson explained that the main benefit of a bullet-proofed vehicle is that it buys the motorist time to react and get away from the danger.

Hijackers normally have the advantage of choosing the place, time, and circumstances of the attack, which puts the victim on the back foot.

Merely being able to reject co-operating with an assailant may confuse and deter them from pursuing the attack in the first place.

If, however, they do engage, the glass – which is made to disperse energy – will naturally shatter and shoot towards the exterior of the vehicle, potentially cutting the attacker’s face.

The pain of this may go unnoticed at first, and the attacker would attempt another shot or two.

“By the time the third round comes in, you’ve got your wits about you, and you are putting your foot down,” Anderson stated.

“In the meantime, all the gunfire has drawn attention on the assailant, so he is very uncomfortable and bleeding, and everyone is now looking at him and phoning the cops.”

“At that stage, you are moving off, he is unlikely to follow you, and it resolves itself.”

“We’ve saved 25 lives that we know of in the last few years, and those are just hijackings where the guys have pulled the trigger,” Anderson said.

The models which Armormax most commonly modify include:

Upon our inspection of modified vehicles, we were surprised that there was nothing glaringly different when viewed from the outside.

Orders that were still a work-in-progress, however, showed the significant amount of modification involved, including cutting back dashboards and padding in several interior areas to make room for the thicker armoured glass.

This includes companies like Jaguar-Land Rover, Porsche, Nissan, and Bentley, while negotiations are also underway with a number of other manufacturers.

Below are some of the armoured vehicles in their finished state, as well as a view of the Armormax workshop. 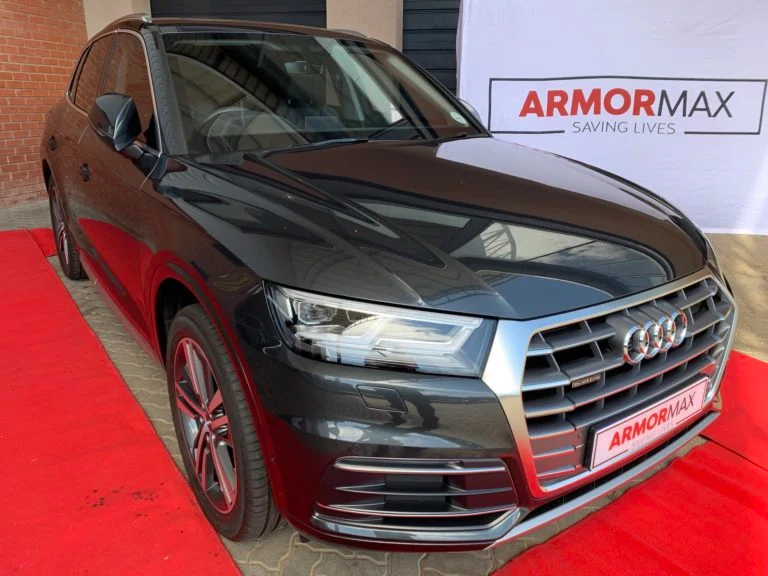 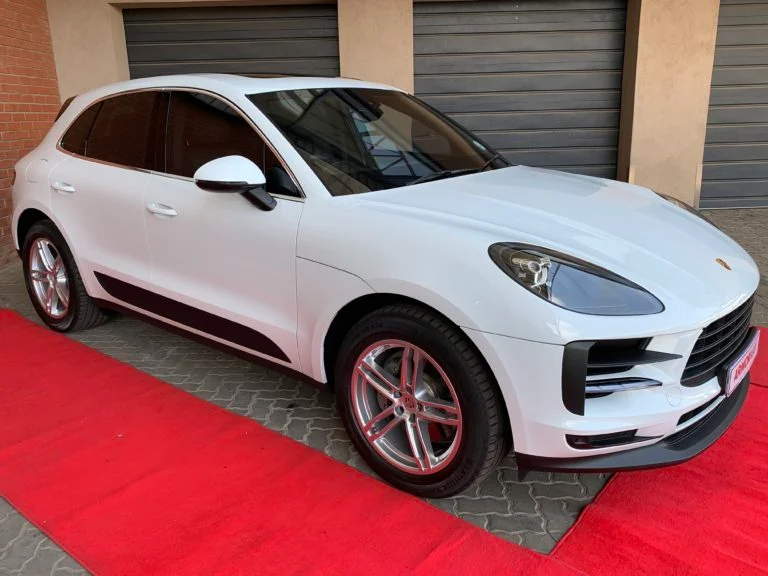 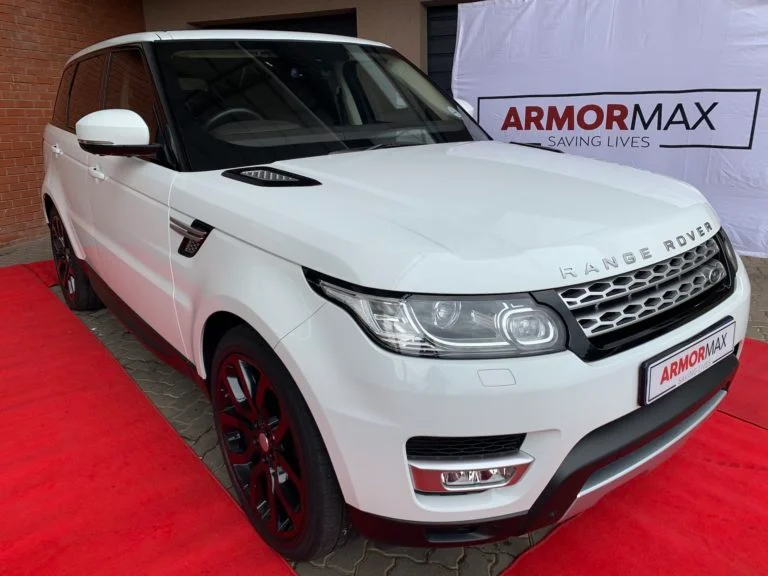 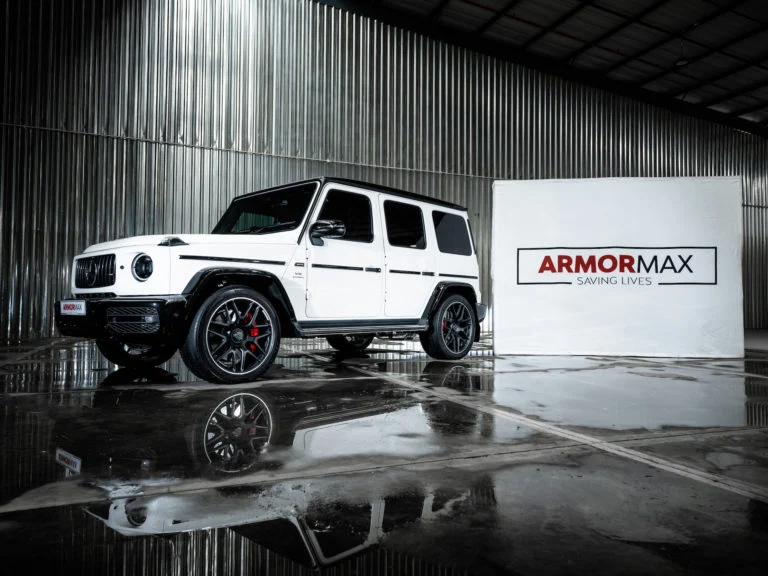 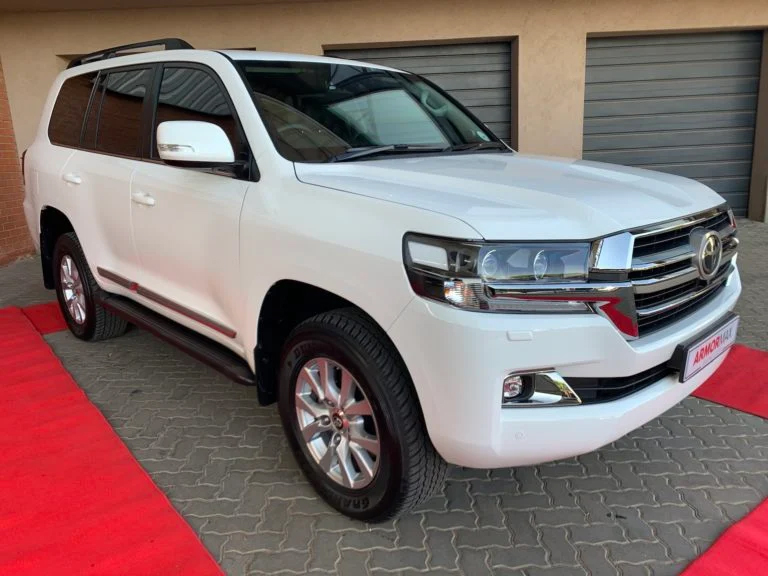 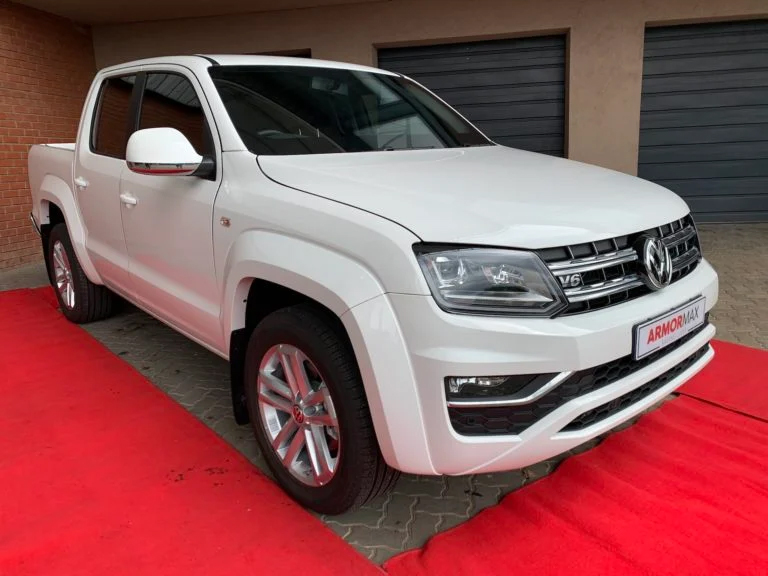 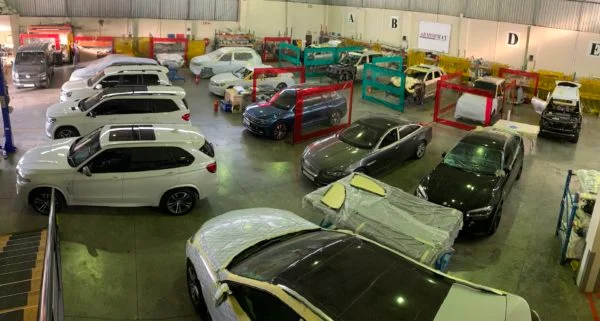 Cheapest and most expensive vehicles

When asked about the most expensive car Armormax had modified, Anderson noted one vehicle had a selling price in excess of R6 million.

The company is also poised to do potential work on several Rolls Royce Cullinans – which each have a selling price of over R15 million.

Although the Armormax proposition is generally best-suited to luxury vehicles which may be targetted by car thieves, Armormax customers find financial considerations are less significant than safety.

This was the case with one customer who had his daughter’s 1.4-litre VW Golf modified before she headed to university.

For reference, the latest entry-level Golf starts at R344,100, meaning the armour itself would have cost significantly more than the car itself.

One of these was adding removable protection to the bottom of SANParks helicopters which are used in the Kruger National Park.

This was to defend against poachers which were shooting at rangers and military personnel from the ground.

“We used a heavy-duty industrial velcro that was able to hold that pulse for long enough to expend the energy,” Anderson said.

It has also armed a train in Mozambique which was transporting coal to a port – and was being shot at.

Below is a video showing Armormax’s solution in action, with Anderson himself playing the target.