This can be a very confusing topic for anyone as there seem to be different terms and acronyms for different protection levels. Then you throw things like flat nose, full metal jacket, soft core and many other technical terms into the mix and you end up being confused with no confidence you are purchasing the right car.

In this article we aim to explain the different ballistic standards and where they overlap, what those ballistic standards mean, how it relates to vehicle armour and ultimately hope to give you a clearer idea of what car you need. We ALWAYS recommend talking to us first and in some cases we recommend a full-blown risk and threat analysis from our partners Strategem- which is money well spent regardless- before deciding for example you need a B6 when you really don’t.

To start, numerous international organizations have developed armouring standards, defeat levels and testing procedures. In the USA for instance, the standards were developed by the National Institute of Justice (NIJ), a procurement arm of the US government. In Europe, the European Union developed their standard, called CEN 1063, which is the B-Level standard. Other countries too have developed their own standards. MMI Armoured Cars adheres to the European Union’s standard because it is more specific to the requirements of armoured passenger vehicles.

All of these standards take into account the following criteria when categorizing the protection level:

We are often asked what the difference is between our two protection levels- being B4 and B6. The simplest answer is the type of weapon and round we are trying to defeat; hence we say getting the right answer to your threat analysis upfront is crucial. Take a look at this video to understand the massive destructive difference between rounds that a B4 stops and what a B6 stops. It will also explain why there is a fundamental and vast difference between the materials used, build process and the cost of the two different vehicles. 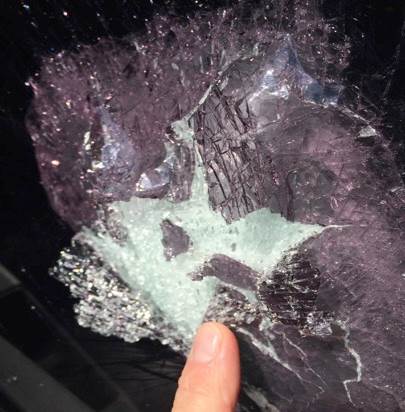 An example of spalling on the inner surface 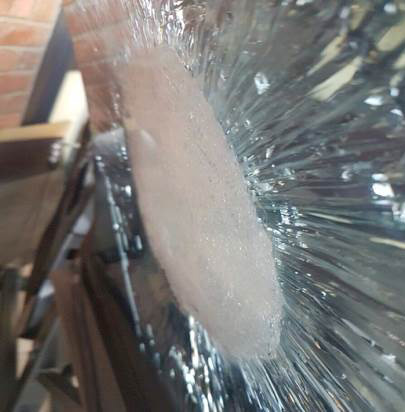 Glass with no spall on the inner surface

You will find that an AK47 effectively falls under a B5 rating, and given the prevalence of the weapon in South African attacks we are often asked to build to a B5 level. The truth is that is the weapon you hear about in the news and folklore, but there are far scarier and more powerful rifles in circulation that it makes no sense to take chances. In reality the cost of a B5 vehicle if we built one would be 90{0ef5edbf134fee7d77e1786c407e3f1f5b88d0051690c36a28c586d0d5389fb2} of the B6 cost. It’s worth being absolutely sure you are safe. There is anecdotal evidence of B4 vehicles withstanding rounds from an AK47, but there are just far too many variables at play for us to confidently say that you are safe, and ultimately the reason the international grading standard is used and adhered to in the industry. We prefer no grey area- you are either safe or you are not.

For full information on the differences between a B4 and B6 vehicle, please contact us directly.