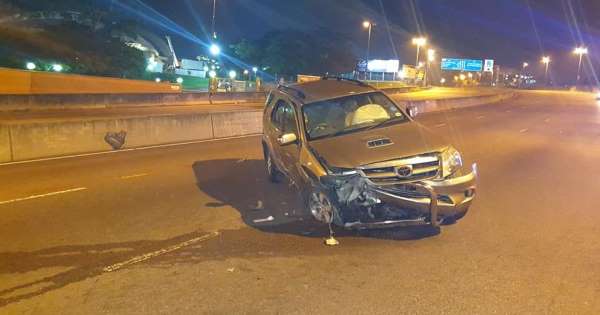 Thirty-two-year-old Daryl Kotze is recovering in ICU after he was shot repeatedly on his way home from King Shaka International Airport in Durban on Thursday night. Watch the video below.

The videographer was returning from an assignment in Johannesburg when unknown suspects opened fire on his vehicle as he was travelling along the N3.

According to Janus Horn, a friend and neighbour of the well-known videographer, Kotze sustained four gunshot wounds to the back, hip, leg and under his arm.

“He is recovering in ICU and he is conscious. His recovery is progressive and the doctors are happy with that,” Horn said.

Horn, who was on the scene shortly after the shooting, says the father of two was simply in the wrong place at the wrong time.

“We counted about 22 bullets at the scene and they were all aimed at him. Daryl is not a bad guy. [He] could have been mistaken for someone else.”

Kotze works in the entertainment industry and has created music videos for well-known South African artists.

Police spokesperson Lieutenant Colonel Thulani Zwane said that a case of attempted murder was opened, but no arrests have been made.