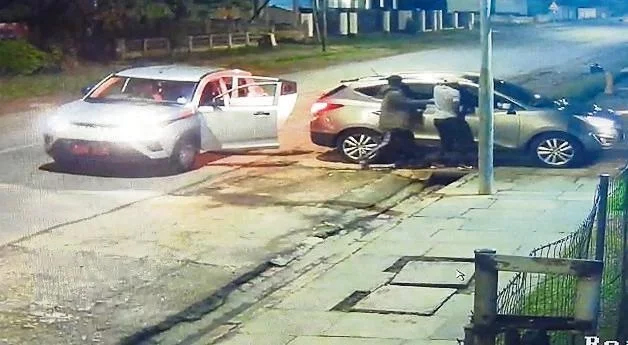 A teenager’s birthday turned into a nightmare as she watched in horror as her older sister was hijacked.

Hususena Kara (27) had just dropped off her younger siblings at their home on Bulwer Street when they were accosted by armed people who pulled her out of her Hyundai IX35 and drove off on Thursday night.

Her brother, Muhammed (19), told Weekend Witness that the family had come from the Prince Alfred Road side and the hijackers’ car came from the opposite side. Kara had just dropped off Muhammed and their youngest sister, Juwairiyyah, at the gate, as the incident happened.

“There were four men and one woman. Two of them jumped out and jumped into my sister’s car. They pulled her out and one guy jumped in the driver’s seat. The two waiting in the other car drove off and the guys in my sister’s car reversed and drove off.”

The family had just returned from Kara’s house after having a small celebration for Juwairiyyah who had turned 16 on that day.

Muhammed said: “One guy came up to me and my sister and pointed a gun at us and asked for cell phones. I told him we had no cell phones and pushed him out of the way and went to the car.

“All that was going through my mind was that my sister must be safe and they mustn’t take her. When they pulled her out of the car I went toward the car to maybe take the key but my sister pulled me back,” he said.

“It all happened within seconds. It was bad.”

The family has appealed for anyone with information to come forward. Kara’s car is a goldish-bronze colour.

The incident left Kara too traumatised to speak to police properly on the night of the incident, Muhammed said.

“My sister was shaken, and she has had to spend the entire day [Friday] sorting out her things because in her car was her bag with her bank cards and ID and her daughter’s birth certificate.”

Muhammed added that a work jacket with cash in it was also taken.

The entire incident was captured on a security camera inside a neighbour’s property.

Police are investigating a case of carjacking. Police sources said the hijackers were seen turning into Masukwana (East) Street after the incident.