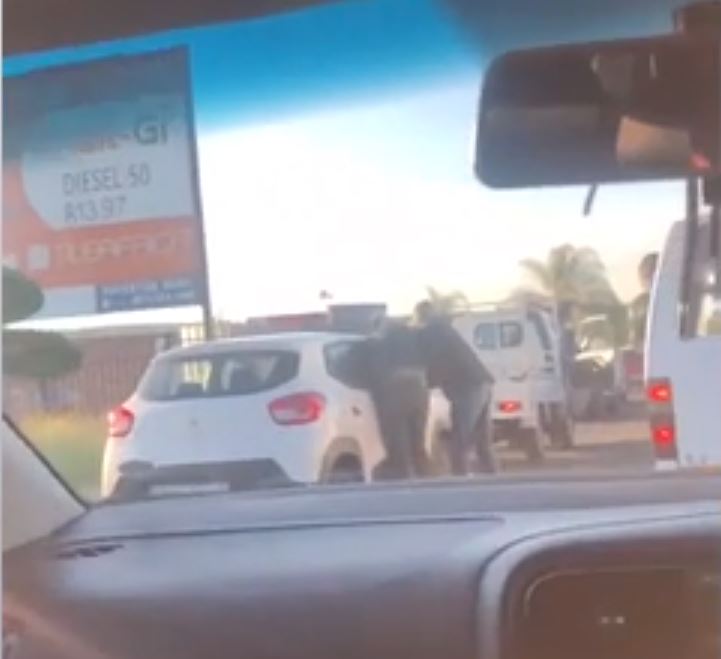 It might have been a case of being at the wrong place at the wrong time when a Johannesburg motorist was robbed in peak time traffic on Tuesday afternoon.

The incident happened at the corner of Oxford Road and Malibongwe Drive.

In the video posted on Twitter, two men are seen standing next to the driver’s side of a white Renault.

One leans inside the car and is seen pocketing an item before they both throw blows at the driver.

Randburg police spokesperson Captain Makgowanyana Maja said the incident has not been reported and therefore a case has not been opened.

He said the incident would be investigated once an official report was made.

Victim ‘beat up badly’
He encouraged bystanders to call the police when they witness such incidents.

The social media user said the men had been walking like “normal civilians” before the incident.

“Be vigilant guys,” she wrote.

She added that other motorists managed to assist the driver after the two men fled on foot.

“We were only able to help him once those guys left, we offered to call anyone for him or drop him off so he could get his spare keys.”

“He got beat up badly though. The car assistance people came and helped him too, I hope he’s okay now,” she said in the post.

Attempts to reach the social media user who posted the video were unsuccessful.